Memorandum For The Director, FBI, regarding internment of Hawaiian alien Japanese

Document Notes: Doc gives insight to thinking at highest levels of government regarding Hawaiian Japanese. President apparently wanted them interned. Sec. of Army decided to allow the Commanding General in Hawaii to decide. That was a good plan since the numbers involved were large and that segment of the population provided much skilled labor that was needed for the war effort. Martial Law, it was decided, would provide the required security. 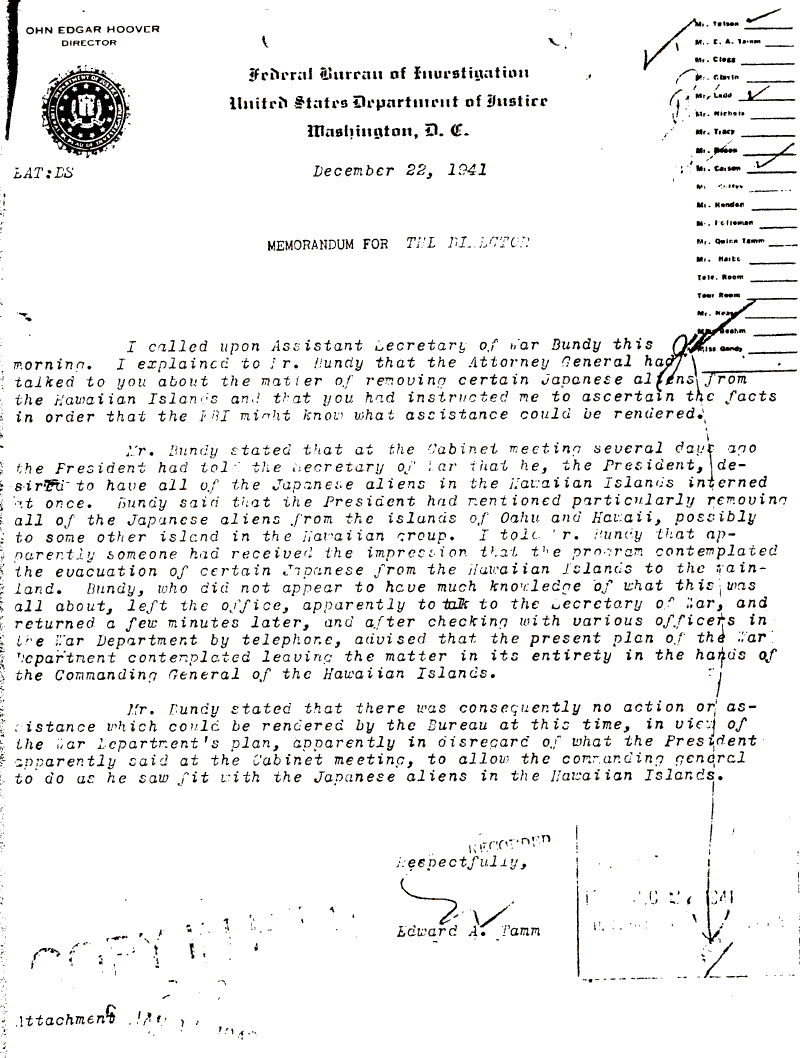 Bibliographic Info: Memorandum For The Director, FBI regarding internment of Hawaiian alien Japanese